There are now six fire engines and a number of specialist appliances at the scene of the commercial fire on Earl Road, Cheadle.

We currently have an aerial appliance, a 'scorpion' fire appliance and a number of handheld jets putting water on the building to ensure the fire is fully extinguished.

This is a protracted incident and we now expect to be on the site over the weekend.

There are still a number of road closures in place and we continue to advise the public to avoid the area.

Incident commander Group Manager Cunningham said: "Firefighters have been working hard throughout the day to bring this fire under control and we have scaled back significantly since the peak of the fire early this morning.

"I want to praise the hard work of our firefighters who have been working throughout the night and day on large, complex fire. Crews will remain on-site as long as is necessary."

"I would also like to take the opportunity to thank our partners that have supported us during this incident, including United Utilities, Cheshire and Lancashire Fire and Rescue Services, North West Fire Control as well as the Salvation Army, Greater Manchester Police and North West Ambulance Service."

United Utilities tankers have been supporting the fire service's water strategy as part of our response to this incident.

A spokesperson for United Utilities said: "We were pleased to be able to offer our support by deploying 10 water tankers to help with the firefighting efforts. The tankers made sure enough water was available for the fire service whilst maintaining supplies to our customers."

Crews were met with a well-developed fire when they arrived at the scene earlier this morning and firefighters have made steady progress throughout the night and this morning.

Greater Manchester Fire and Rescue Service have the fire under control and crews remain in attendance working to fully extinguish it. 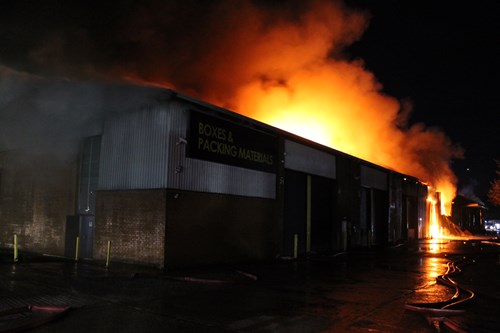 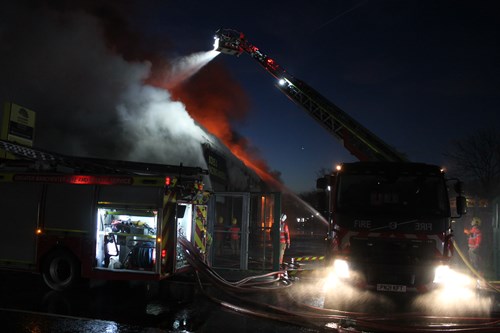 We expect to be on-site for a number of hours and would continue to advise local residents to keep their doors and windows shut.

There will be some traffic disruption around the incident so please avoid the area if possible.

Over 100 firefighters from across Greater Manchester have been fighting a large commercial fire throughout the night. 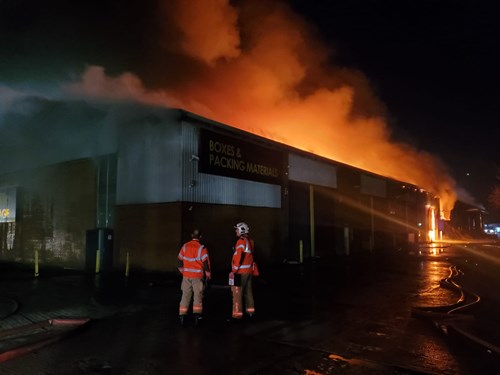 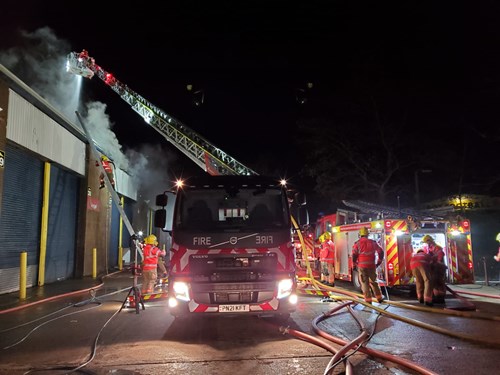 At around 1am this morning, 26 February 2022, firefighters from Greater Manchester Fire and Rescue Service (GMFRS) responded to a 999 call reporting a fire at a commercial property on Earl Road, Cheadle. 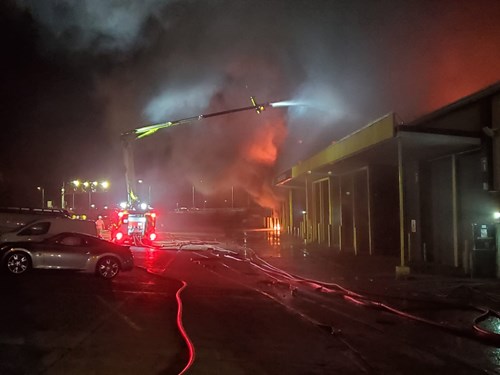 The incident currently has around 20 fire engines plus special appliances and support units on-site as well as support from partners including Greater Manchester Police, NWAS and United Utilities.

Firefighters are tackling the incident in sectors and are using aerial appliances to put water on the fire from above.

There’s a large amount of smoke in the area so please keep your windows and doors closed if you’re nearby.

Incident Commander, Chief Fire Officer Dave Russel said: “This has been a fast-developing incident and I want to praise the hard work of all our firefighters who are currently tackling the fire.

“I also want to thank our partners who are supporting us as we respond to this incident.

“We expect to be here well into the morning so I would advise the public to stay away from the area and for local residents to keep their doors and windows shut.”