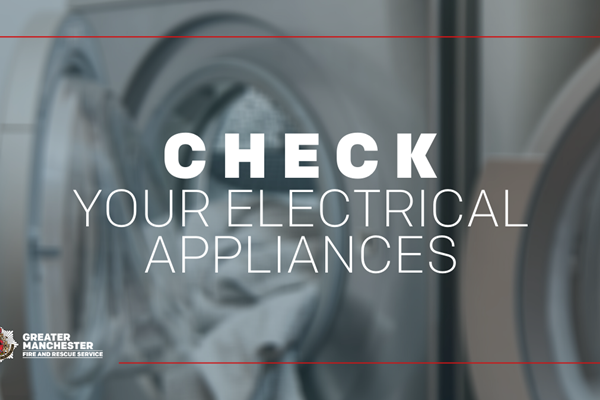 GREATER Manchester Fire and Rescue Service (GMFRS) is reminding people of the importance of fire safety at home following a cooking fire over the weekend which left a young girl in hospital.

Firefighters from GMFRS called out at 1.48am on Saturday, June 22, 2019, to reports of a fire involving the ground-floor of a house in Haworth Street in the Hindley area of Wigan.

Four fire engines attended the incident, from Wigan, Hindley and Atherton, along with the Service’s command support unit.

Firefighters rescued a man and a woman from the property, along with a three-year-old girl – who they performed CPR on before she was taken to hospital.

Prior to the arrival of firefighters, realising there were people inside the house neighbours and passers-by put a ladder up to the front bedroom window and smashed it – with a two-year-old girl being passed down to them.

All four casualties were taken to hospital, where the older child remains.

The fire is believed to have started accidentally when a chip pan was left turned on and unattended. The fire was contained to the kitchen with heat and smoke damage to other parts of the property.

Area Manager Damian O’Rourke from GMFRS said: “Sadly in the early hours of Saturday morning there was a fire in Hindley which has resulted in a young girl being treated in hospital. Our thoughts remain with the girl and her family at this time.

“Our fire crews did a fantastic job and on arriving at the incident quickly rescued two adults and a three-year-old child – who they performed CPR on before she was taken to hospital by our colleagues at North West Ambulance Service.

“We want to remind people of the importance of having working smoke alarms at home – which can buy potentially life-saving time – and also about having an escape route planned, should they need to leave their house quickly if a fire breaks out.

“Also, it is really important to never leave cooking unattended. We understand this can be difficult at times, but even just a moment away from your cooking can result in a fire breaking out, often having devastating consequences.”

Crew members remained at the incident for around two and a half hours.

To keep safe at home:

For further safety advice to keep you safe at home visit: https://www.manchesterfire.gov.uk/staying-safe/what-we-do/fire-safety-at-home/