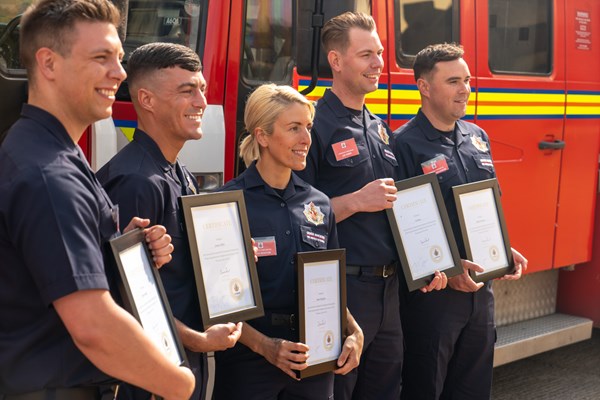 Greater Manchester Fire and Rescue Service has welcomed its latest firefighters to the Service at the first Pass-Out Parade of 2023.

Last Friday (January 13), 20 trainee firefighters celebrated their success following an intensive operational training course. We also produced a video highlighting some of the recruits training to play at the event - while the site is being finished. You can watch it here. 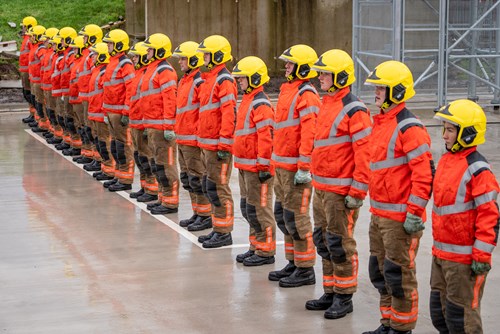 The event was held for the first time at our Bury Training and Safety Centre and welcomed family, friends, and loved ones to watch another fantastic demonstration; photos of which can be seen on our social media channels. 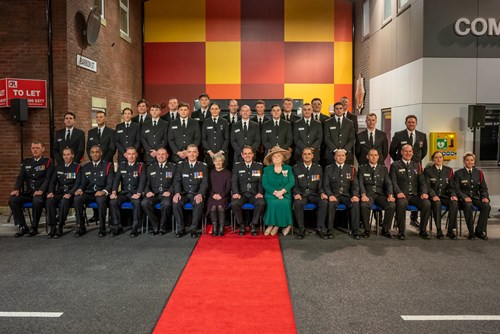 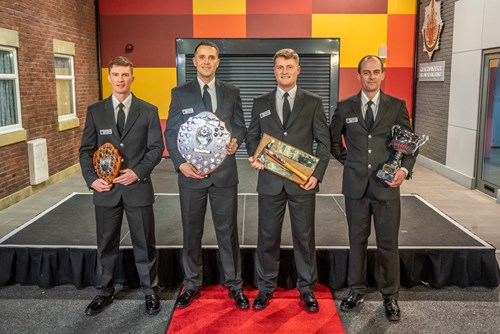 The Silver Axe is presented by the CFO to the trainee firefighter who, in the eyes of training staff, has displayed and maintained exemplary standards in all aspects of the training course throughout the weeks.

We were also joined by The Fire Fighters Charity who raised a further £136 thanks to the very popular Blaze Bear! A big thank you to everyone who donated or bought something from the stall. 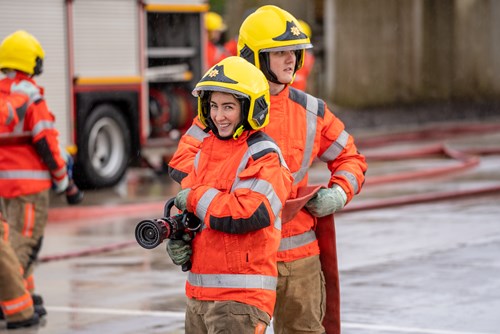 The recruits will now be posted to community fire stations across Greater Manchester, where their apprenticeship training will continue until they become fully qualified firefighters.