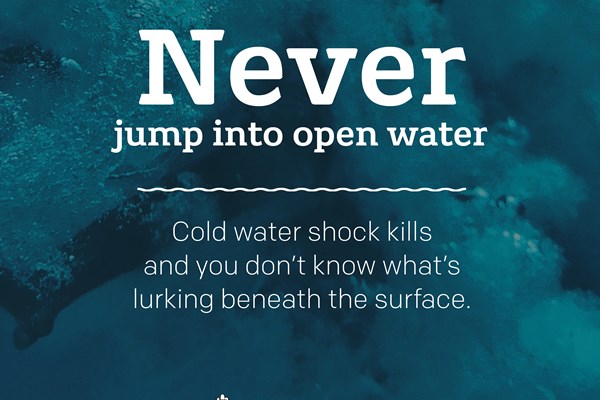 GMFRS urges people to stay out of open water

Hundreds of people dialled 999 over the weekend as Greater Manchester Fire and Rescue Service worked through one of their busiest periods of the year.

With calls peaking at one a minute at the height of the night GMFRS met the demands of Bonfire night with hundreds of firefighters working tirelessly to keep Greater Manchester safe.

The majority of the calls received were accidental fires, as stray rockets veered onto an unplanned route or overzealous parents built their bonfire slightly too high.

While firefighters worked hard to protect the communities they live in, unfortunately a minority of people launched attacks on them.

The worst attack came at 3.49pm, as crews were called to a fire on Sequoia Street, Manchester. On arrival firefighters were met by a group of youths who set upon them. While no injuries were sustained, a piece of wood hit an officer in the head.

Greater Manchester Police were called to help ensure firefighters could do their work at the small incident, but GMFRS were detained for more than 90 minutes.

Jim Wallace, Chief Fire Officer, condemned the youths who created unnecessary incidents and attacked his members of staff on an already busy night and had a strong message for those who had turned on firefighters trying to keep communities safe.

Jim said: “Our message is clear: we won’t tolerate attacks on our firefighters of any description or of any nature. It is unacceptable behaviour and those responsible should be ashamed. Our firefighters do a fantastic job in often difficult circumstances and it is shameful that anyone would put them into unnecessarily dangerous situations.

“ While thankfully this time no-one was hurt on this occasion, any minute spent at unnecessary incidents could stop us from saving someone’s life elsewhere.

“Thank you to everyone who went to an organised display and celebrated safely and to our firefighters who have once again done an incredible job in protecting the people of Greater Manchester. We never want to stop anyone enjoying themselves, we just want to make sure you’re safe.”

In the run up to November 5, traditionally the busiest night of the year for fire and rescue services, GMFRS campaigned for people to attend organised bonfires and fireworks displays with the vast majority heeding these warnings and enjoying the night.

To view the photos from Bonfire Night, please go to: