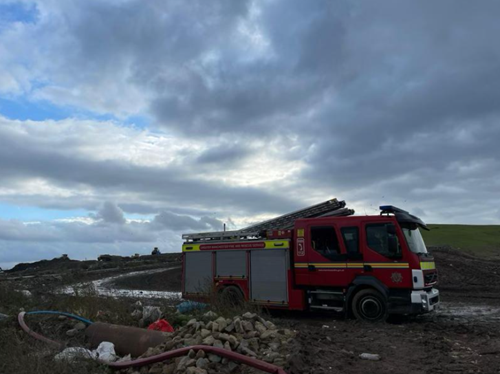 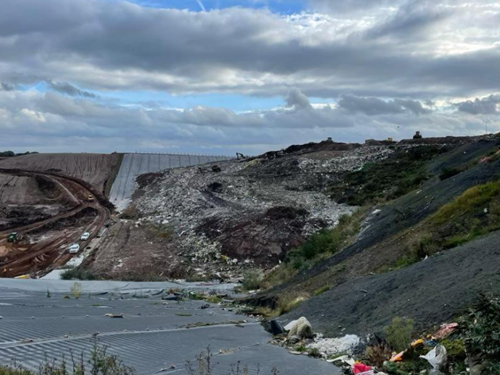 Earlier advice to local residents to keep windows and doors closed has now been lifted. Local road closures are also no longer in place.

At 2.30pm this afternoon the incident has been scaled down, with two fire engines and a Command Support Unit remaining at the scene.

Station Manager Phil Mellor said: "Crews have been working hard throughout the day, relaying water across two sectors. We are now down to one sector and will remain in attendance for the rest of the day."

Dozens of firefighters from across Greater Manchester have been fighting a large fire at a landfill site in Bury through the night.

Just after midnight this morning, 14th October 2021, firefighters from Greater Manchester Fire and Rescue Service responded to a 999 call reporting a fire on a landfill site on Pilsworth Road, Bury. The first crew on scene – from Whitefield fire station – immediately assessed the situation and escalated the scale of the response.

We now have 12 fire engines, plus off-road vehicles and the Scorpion special appliance from Salford fire station at the scene. The GMFRS drone unit is also in attendance supporting the operation by providing live aerial images to the incident commander and those in the Command Unit.

The fire is approximately fifty metres by fifty metres and involves domestic waste. There’s a large amount of smoke in the area so please keep your windows and doors closed if you’re nearby.

Area Manager Ben Levy said this morning that he was very proud of the work by firefighters at the scene; "Sustained efforts through the early hours of this morning have significantly reduced the impact of this fire."

Very #proud of the work of crews @manchesterfire and Control Room Operators @NW_Fire_Control. Sustained efforts through the early hours of this morning has significantly reduced the impact of this fire. Some local disruption may remain, please take care if you're in the area. https://t.co/OiFN4apKb1

Understandably this incident is causing disruption to the surrounding roads and will do so until the fire is extinguished. Please avoid the area, keep your doors and windows closed if you're nearby, and stay safe.