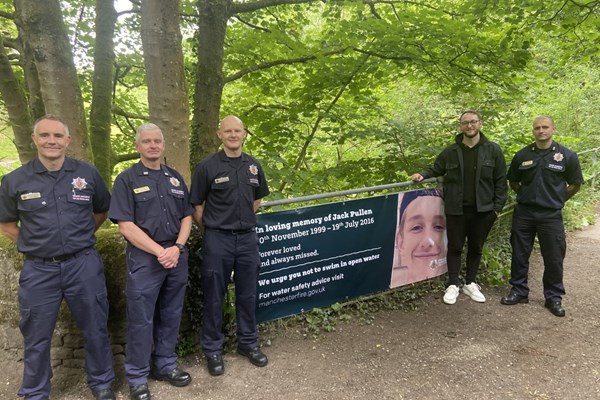 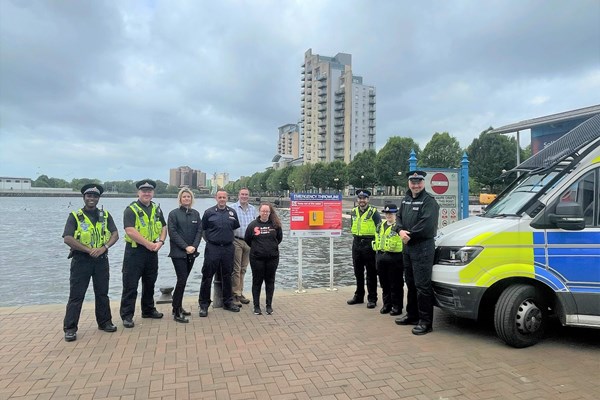 FIRE and rescue services in the North West of England are reminding people of location apps, such as what3words, that could help them if they get into trouble and are unsure where they are.

The app provides an exact location – with every 3m square in the world being identified by a unique trio of words.

Fire officers in Greater Manchester, Lancashire, Cheshire and Cumbria have been using what3words since 2019 to locate people who need rescuing.

North West Fire Control (NWFC) manages emergency calls and mobilises fire service response on behalf of four of the fire and rescue services in the region - Greater Manchester, Lancashire, Cheshire and Cumbria. Its staff members have helped numerous people by asking them for the three words highlighted on their location app to send help straight to them.

NWFC Ops Manager, Ged Basson, said: “We have used what3words a number of times to help send emergency crews to people who are in need of help and are unsure of their exact location. This can act as a supporting tool to our existing mobilisation system in place – which allows us to get to people in need of help in a matter of minutes.”

Since August 2019 in Greater Manchester alone the app has been used at least 15 times by NWFC to pinpoint casualties and people who require emergency support, as well as by fire crews to let NWFC and other colleagues know their precise location and during training exercises in remote locations.

Greater Manchester Fire and Rescue Service (GMFRS) Area Manager Ben Levy said: “In Greater Manchester, what3words was used successfully during an incident on the evening of June 7, 2020. A man had taken a fall near a disused railway tunnel in Bredbury, Stockport. He managed to share his location with his brother – who in turn shared the three unique words for the three square metres for the location with NWFC and emergency responders who had been mobilised to the local area searching for the man.

“The three words - votes.senses.yarn - allowed firefighters and specialist technical response unit crews to locate the man using GPS on the fire engines. Firefighters rescued the man using lines and a stretcher and working with colleagues from North West Ambulance Service he received the care he required before going to hospital.” 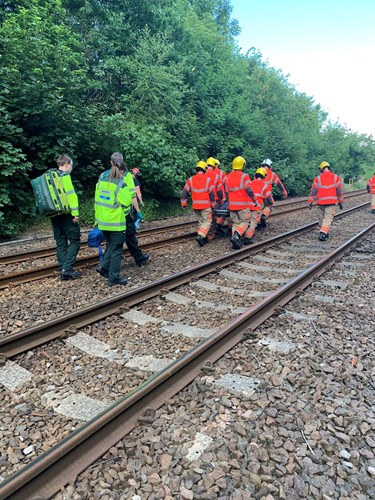 On the morning of Thursday, June 30, 2020, firefighters from Bury were called to a water related incident where a 41-year-old man had fallen off his bike into water.

GMFRS Crew Manager Andy Dunham, Red Watch Bury Community Fire Station, said: “The man had fallen into a stretch of water in Tottington. We believe he had banged his head and was unable to get himself out of the water, which was waist deep. A woman who was passing by called 999, which resulted in mobilisation of fire, police and ambulance to the area.

“We managed to find the man after searching the wider area and then using what3words on our fire engine I shared our exact location (slams.wiping.lodge) with colleagues in NWFC, who were then able to mobilise additional resources – such as the specialist water rescue team from Heywood – to our exact location.

“We would encourage as many people as possible to be made aware of what3words and download the app to their phone if they can. In this incident, had the passer-by had what3words on her phone she could have provided a precise location when making the emergency call, which would have allowed us to get to the man who was in difficultly sooner.”

In Lancashire the what3words app has also successfully been used to mobilise resources to incidents. These include a large vehicle fire on April 21, 2020, in Burscough, where the caller used the app to give an exact location to NWFC.

Lancashire Fire and Rescue Service’s Station Manager of Response and Emergency Planning, Mark Warwick, said: “The what3words app is still a relatively new platform for reporting emergencies but one with so much potential. We’ve had instances where someone rang 999 but didn’t know their whereabouts but by giving NWFC the what3words we were able to send two fire engines.

“With all the recent wildfires and the huge areas crews would potentially have to cover by foot to determine the area of fire the what3words app has been invaluable and saw this used at Winter Hill at the end of May. I’d encourage everyone to download the app, it’s free, can be used in lots of different scenarios and can get crews dispatched to an accurate location in an emergency.”

Station Manager Ben Wood from Cheshire Fire and Rescue Service said: “The availability and use of What3Words will be invaluable at certain Cheshire reservoirs where throwlines are in the process of being installed. The app will allow NWFC staff to advise the exact location of the throwlines in the event of an incident.”

In Cumbria, the app has been used several times with Cumbria Fire and Rescue Service working with Young Farmer groups to encourage their community of approx. 3,000 farms to help spread the message and promote the importance of downloading this life-saving app. Cumbria Fire and Rescue Service shared a release in May 2020 which is available on their website (opens in a new window.

Find out more about what3words and how it can help the emergency services and 999 operators by watching this video (opens in new window).