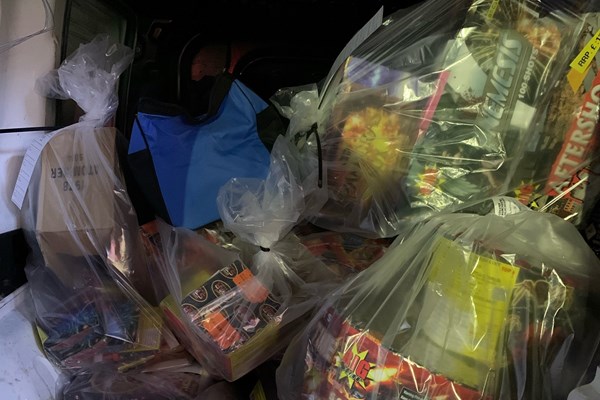 FIRE service chiefs have urged people always to put out cigarettes completely and never to smoke in bed.

It follows a fire that started in a bedroom at a property in Swinton that is believed to have ignited as a result of smoking materials coming into contact with the bed mattress.

Firefighters using breathing apparatus rescued two men from the house before putting out the fire.

Both were becoming overcome by the effects of breathing in smoke and they were treated initially by a fire service trauma technician.

After being rescued they were then treated by ambulance crews, but they were not believed to have serious injuries and they did not attend hospital.

Fire crews from four stations reached the semi-detached property in Wordsworth Road, Swinton, at 10.14am on Monday 12 October. They then rescued the two people from the house, which was heavily smoke-logged, and put out the blaze.

Nationally, seven per cent of all fires started accidentally are caused by smokers’ materials.

However, fires started in this way caused 23 per cent of all deaths due to fires started accidentally in people’s homes, according to Home Office analysis of fire incidents in 2019/20.

Head of Prevention, Area Manager Paul Duggan said: “This was a serious incident that could easily have had tragic consequences.

“It would appear that smoking materials have come into contact with the mattress, causing it to set alight. The fire has spread and led to the room becoming filled with smoke, which is deadly.

“Fortunately the fire was discovered in time and firefighters were able to rescue the people in the house before they were overcome by smoke.

“However, it is a reminder of the very serious danger of not ensuring cigarettes are properly put out.

“If you do smoke, please use a heavy-bottomed ashtray so it won’t tip over and put a small amount of water in the bottom to ensure the smoking materials are fully extinguished.

“Take particular care if you are tired while smoking and never smoke in bed because if you fall asleep the smoking materials could easily drop and catch light to furniture.”

More advice on smoking safety can be found on our website.