A small heron with a broken wing was rescued from the water by Greater Manchester Fire and Rescue Service (GMFRS) crews.

Firefighters were called to the incident by the RSPCA after a member of the public spotted the injured egret, a type of heron, on a canal bank just before 9am, on Monday, 30th August.

Due to its injury the egret had become stuck in an inaccessible section of the Leeds and Liverpool Canal, near to Seven Stars Road, in Wigan. 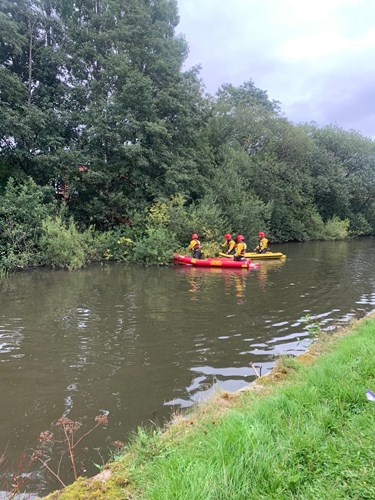 Fire crews from Wigan, alongside specialist water rescue teams from Eccles and Heywood, quickly arrived at the scene to assist the RSPCA officer with the rescue of the bird.

A local timber yard helped firefighters with access to the canal bank. Crews used specialist equipment to bring the egret to safety, before it was then handed over to the RSPCA officer to receive further care. 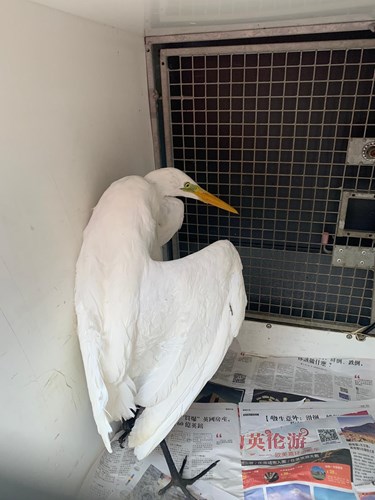 Station Manager Chris Evans, from Wigan, said: “Crews from Wigan and specialist water rescue teams from Eccles and Heywood were called to assist with recovering an injured bird. A member of the public had contacted the RSPCA after spotting the bird, and there were concerns they would put themselves in danger by entering the canal to rescue it.

“Despite being injured, and being for its own benefit, the bird did its best to evade being rescued, so crews quickly committed to the water to help it get to safety and into the care of the RSPCA Inspector.”

The egret will now be cared for at a specialist sanctuary and will be released back into the wild once its wing has healed.