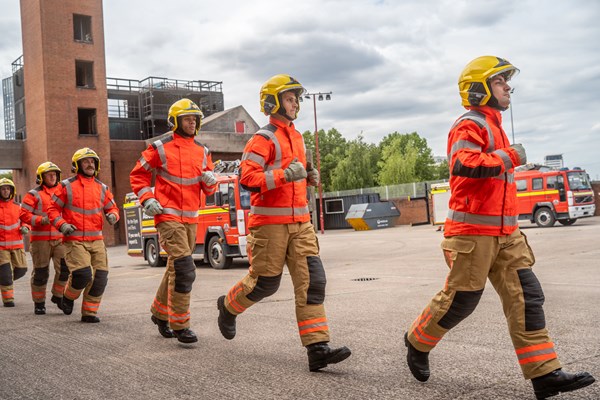 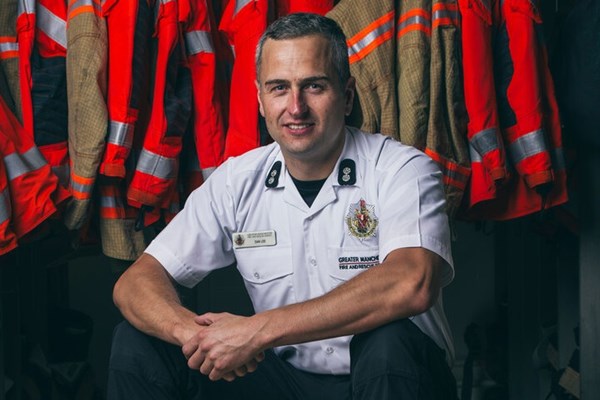 DURING the heavy downpour in Greater Manchester on Wednesday, July 31, 2019 a number of weather and flood-related incidents were dealt with by our firefighters – including the rescue of a teenage boy at Happy Valley Nature Reserve in the Bramhall area of Stockport. 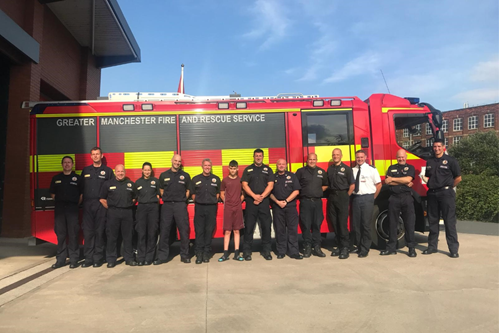 Following the incident Luke’s dad contacted Greater Manchester Fire and Rescue Service as he wanted to personally thank the firefighters who had saved his son’s life.

On the evening of Thursday, August 8, 2019, Luke and his dad, Andy Garnett, visited Ashton Community Fire Station to meet and thank the firefighters who had been involved in the incident.

Station Manager Rob McDonagh, who was in charge of the incident and also attended the ‘rescue reunite’ event, said: “Luke became trapped in fast flowing water, and was holding onto tree roots to stop him getting swept downstream when we arrived at the incident.

“Our crews did an amazing job and quickly carried out the challenging rescue. Members from our Technical Rescue Unit from Ashton-under-Lyne held Luke in place to stop him from getting swept away and then brought him to safety on the bank using ropes, while firefighters from the other stations provided support downstream.

“Our colleagues at North West Ambulance Service took over from us once Luke was out of the water and transferred him to hospital. Luckily he escaped with just cuts and bruises.

“It was nice to see Luke and his dad at the rescue reunite event – they were really grateful for the work we carried out to rescue Luke from the fast-flowing water. This kind of thing is also great for our firefighters, as they rarely get to meet those who they rescue during incidents.”

Andy Garnett, Luke's dad, said: "Luke and I are extremely grateful for the bravery shown by the firefighters during the incident.

"We are really pleased to have met with the crews involved and were able to say a big thank you for their efforts."