On average, 681 people have been killed or seriously injured on Greater Manchester’s roads each year over the last five years. Last year, 67 people died – the highest number over the five-year period.

The campaign features a reconstruction video based on a real collision and interviews with bereaved parents, Dee and Dean Wilson, who speak about the devastation of losing their 21-year-old son Matt to a road traffic collision in 2011.

Firefighter Scott Barry-Godsell, who is based at Ashton Community Fire Station, filmed a video for the campaign and talked about his experience of dealing with a fatal collision involving a young man.

Firefighters are called to hundreds of serious road traffic collisions each year and unfortunately witness people suffering life-changing injuries, or worse, all too often.

Scott said: “No drink for the road is what we say. The smallest amount of alcohol can have a massive impact on the decisions you make, a split-second decision can have a lifetime of consequences.” 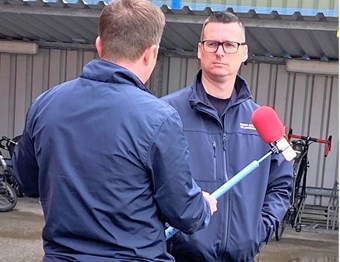 The campaign also features GMP Family Liaison PC John Durham who has had to break the devastating news of a loved ones’ death to families.

The campaign, launched on Monday 15 September, aims to demonstrate the serious consequences of dangerous driving, and ultimately change behaviours.

With more road trips expected with the return to school and the workplace from mid-September, drivers are encouraged to think differently when getting behind the wheel.

Collisions are often avoidable and can happen as a result of people not being fit for the road. Don’t be tempted to drive after drinking alcohol or taking drugs or medication that can cause drowsiness.

To find out more about the campaign, read the TfGM press release.