GREATER Manchester Fire and Rescue Service’s Road Traffic Collision Extrication Team scooped four awards as they took part in a challenge testing their skills rescuing a casualty from a crashed car against some of the best teams in the country.

GMFRS team members took the awards for ‘Best Incident Commander’, ‘Best Medical Team’ and ‘Best Technical Team’ before GMFRS was declared as the overall winner on the day. 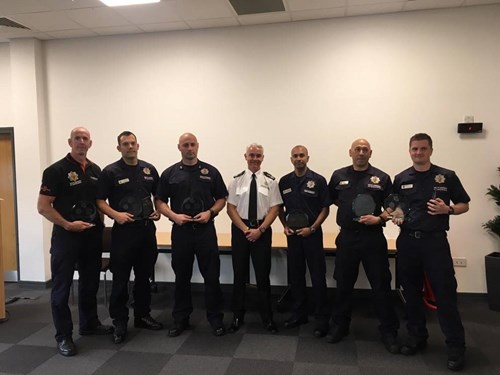 During the challenge the team had 20 minutes to make as much progress as possible to get a ‘casualty’ out of a car, all whilst being assessed by four judges. Three of the were watching from outside the car, while the fourth assessor is the casualty the team are trying to rescue, who gives feedback on the level of care they received and how safe they felt.

The scenario the teams faced featured a car on all four wheels with a casualty trapped inside, there was then another car in a precarious position on the bonnet and windscreen which had to be secured and made safe before progress could be made. 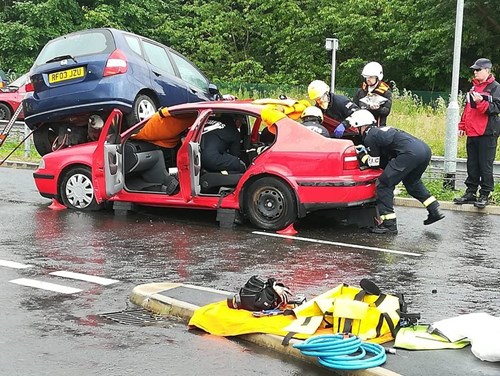 The GMFRS team assessed the car, the casualty and space required and decided the best course of action was ‘tunnelling’, a tactic where internal space can be created by removing the seats. Using this the team managed to safely slide the casualty out of the car within the 20 minute time limit.

During the debrief the judges gave positive feedback in all three of the areas assessed and also highlighted areas for development for the medics and technical rescuers to take forward. 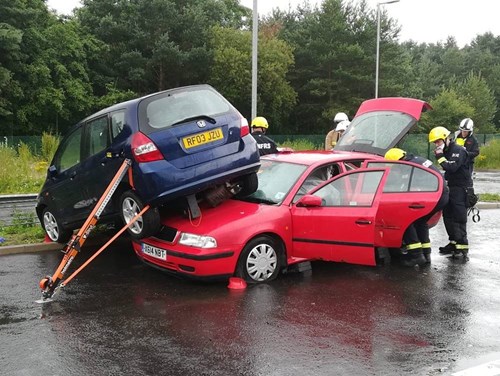 Team Liaison Officer, Station Manager Ian Redfern said: “The UKRO Regional Challenge is a brilliant opportunity for the team to pit their rescue skills against some of the best teams in the country. While this is a fantastic achievement, more importantly it is a great learning opportunity as part of the team’s ongoing training as they are always looking to improve.

“It was especially pleasing that the judges did not have any areas of improvement for our Incident Commander, Watch Manager Ian Mellville. All of the comments for him were positive and the Command Judge even asked if he could have a copy of the footage from the Go Pro camera that Ian was wearing so it could be used as a training tool.

“This was a brilliant team effort and I am sure the learning from it will benefit them moving forward.”

The GMFRS RTC Extrication Team assist with the delivery of RTC training to local crews, helps to inform policies and procedures as well as recommending new items of equipment for the frontline crews to use at real life incidents. They also put on demonstrations at large community events, such as the 999 Emergency Services Day at the Trafford Centre, to help spread important road safety messages.